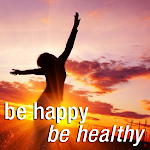 Empowering You to ... "Be Happy and Be Healthy"

Be Happy & Be Healthy with Dr. Kimberley

Promote Your Page Too

My Show on BlogTalkRadio 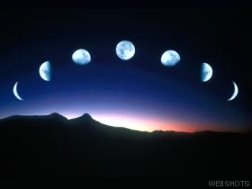 The harmony and balance of Natural Rhythms guide all that we do – our very existence. Our ancestors lived their lives by the rising and setting of the Moon and Sun. It was a necessity for them to be 'in tune' with the natural rhythms of the Earth.  For us, in this modern world, it is a choice.
Join me and let's discover how you can use the natural rhythms of the Earth and the moon phases as a tool for better health and greater happiness.

Understanding moon cycles and how they affect the body can be a key to better health. To understand how the moon influences your health the first step is to realize that your human body is made up of over 60% water, and the moon affects all water on the Earth.  The moon controls the ebb and flow of the oceanic tides and it controls your human body in the same way.
As I mentioned earlier, our ancient ancestors lived their daily lives by the rising and setting of both the Moon and the Sun.  Out of necessity, they studied the phases of the Moon and the effects the Moon had on their bodies, on the animals that they hunted for food and their crops were planted and harvested by the moons influence.  The Native American calendar was based on the moon ... I am sure you have heard the expression, 'Many Moons ago', 'Once in a blue moon' - a blue moon happens when there are 2 full moons within a calendar month, that 2nd is the blue moon.  Women's menstrual cycles were tracked by the moon and actually called her 'moon time'.  Full Moons were given names -  October's Full Moon for the Cherokee is called the Harvest Moon.  As you can see the moon was pretty important in the lives of the native american. Our ancestors turned to the moon for right timing, time to plant, time to harvest, time to heal, time to move on.  We can use this ancient wisdom as well, for assistance with healing.

Historically man has tracked the Moon Phases out of necessity and curiosity.  During the Colonial era Benjamin Franklin published "Poor Richard's Almanac" - it was a best seller and most every household had an almanac and used it for many things.  The Almanack contained the calendar, weather, poems, sayings and astronomical and astrological information.  The Farmer's Almanac is an annual North American periodical that has been in continuous publication since 1818.  Offering a calendar, based on the phases of the moon, which includes Weather predictions, planting and harvesting guides, fishing guides - and health tips.  It was common to consult the almanac when scheduling any medical procedure or surgery.  I remember my Grandmother and Mother discussing if the 'signs were right' .... what they were really doing was consulting the almanac to see what Zodiac Sign the Moon was in and if that sign was favorable for a particular activity or not.  Have no doubt that Almanac's were considered a serious resource by most of the world's population.


Listen to the Podcast below to discover just how the Lunar Cycle Affects your body and how it can help you achieve better health and greater happiness. If you are interested in learning more about Energy Healing, Native American Spirituality or if you wish to schedule a personal session with me. Message me on Facebook
© 2011 Kimberley D. Harrell, Be Happy and Be Healthy®
Listen to internet radio with Dr Kimberley on Blog Talk Radio

Feminine and Masculine are not opposing forces or dualities, but
complementary opposites that interact within a greater whole, as part of a dynamic system. Everyone has both Feminine and Masculine aspects; as light cannot exist without darkness and vice-versa, neither can the Feminine nor Masculine thrive without the other ….. either one of these aspects – either Feminine or Masculine - may manifest more strongly in you, and they may ebb or flow over time.

It is when you can find a balance of these two energies that you will thrive and Be Happy and Be Healthy. Allowing your Feminine and your Masculine energies to exist in harmony will allow you to be strong, loving, wise and successful.

Finding balance will allow you to become a Leader - A person who is willing to stand in their truth, take risks, be willing to fall on their face and then get back up and succeed.
We all need a balance - a balance of the Feminine and the Masculine energies in our life. Our Feminine (Yin) energy is soft, loving, caring, gentle, nurturing, sensual, compassionate and feeling. Our Masculine (Yang) energy is hard, strong, logical, outspoken, assertive, competitive and adventurous. As you can see .... It would be wonderful if we could embrace these qualities in our everyday life.
Listen to the show, linked below for these exercises:
Listen to internet radio with Dr Kimberley on Blog Talk Radio
Posted by Kimberley at 11:33 AM No comments:

Allow Kimberley to take you on a healing journey through the remarkable world of Crystals.
How can you use crystals to heal?
Do stones contain medicinal benefits?

Since the dawn of history, men and women have been conscious of the life-changing powers of stone and crystals. Let's explore the remarkable capacities of gemstones, as well as the fascinating ancient beliefs surronding them and their current healing and practical uses.

Let Kimberley teach you to recognize and harness the powers and energy of stones and crystals. She can teach you to better attune yourself - physically and spiritually - to the natural and psychic vibrations of stones. Listen to the podcast on Blog Talk Radio or on ITunes. Consistently one of the most popular Health shows available for download

Listen to internet radio with Dr Kimberley on Blog Talk Radio
Posted by Kimberley at 9:37 PM No comments:

Join me and discover the Ancient Hawaiian healing rite of Ho'oponopono (I am sorry, Please forgive me, I love you, Thank you). Ho'oponopono is an important and remarkable gift of transformation for anyone who wants to change their life. Release resistance, remove blocks, improve energy flow and embrace the healing power of love. If you are frustrated by the lack of change in your life from doing affirmations, consider Ho'oponopono

How do I become attuned to Ho'oponopono?
Healing master, Kimberley Harrell will lead you through a cleansing ceremony and attune you to Ho'oponopono. The Ho'oponopono process asks you to change the outside by "cleaning" the inside. And it provides a key to the subconscious that has, to date, not been available to the lay person.
There are several processes to Ho'oponopono; Mentally saying 'I love you, I'm sorry, please forgive me, thank you' is a ho'oponopono process. Drinking what's referred to as blue solar water -- tap water poured into a blue glass bottle and set in the sun or under a non fluorescent light for an hour or more -- is considered to be a ho'oponopono (ho oponopono, hooponopono) process. The key to these and any other ho'oponopono process is consistent application. The more you put ho'oponopono to use, the more you can experience life changing results.

Posted by Kimberley at 7:44 PM No comments:

"Be the Change you want to see in the World" ~ Mahatma Gandhi
Posted by Kimberley at 12:59 PM No comments:

Journey through the Chakras, an Empowerment Meditation

Join Kimberley and treat yourself to a relaxing and detoxifying half hour ...
just be, as each of the seven Chakras are explored.
Easily downloaded from I Tunes as a FREE Podcast.

This Meditation will enlighten and empower you as you learn the purpose of each of your chakras. Feel the release of what no longer serves you as you allow your Chakras to clear, balance and energize your Mind, Body and Spirit. Leave with a sense of harmony, balance and well being while feeling cleansed as you begin your day.
Have water close by to help flush any toxins that are released during this powerful meditation.

Featuring the music of famed Hawaiian musician, IZ (Israel Kamakawiwo'Ole) and his inspirational version of Somewhere over the Rainbow.

Posted by Kimberley at 10:13 PM No comments:

Invoking the Goddess: A magical series of Ancient Myths

Join Dr. Kimberly for a 10 week course at Pride University in Ft. Lauderdale, Florida. Kimberley will take you on a journey to discover the Divine Feminine. This course will be a 'hands-on-experience', as we not only explore the myths surrounding the Goddesses, we will also learn how to perform a ritual bath, invoke the Goddess and best use the energies of the Goddess to achieve your highest and greatest good.
The course will start on April 12th and run until June 7th, Tuesday evenings from 7pm - 9pm at the Pride Center @Equality Park on Dixie Highway in Ft. Lauderdale, Florida.
REGISTER HERE for the course